Brego - 16.3hh TBxID
Brego is extremely handsome with a loving heart and calm nature. He particularly enjoys entertaining the public at shows and events, where he can show off his speed, galloping across the arena.  Away from work Brego also enjoys hunter trials and classical dressage.

Shamus - 17.3hh TBxCB
Shamus is our gentle giant, he works with all the young vaulters, giving them confidence while they perform their gymnastic movements upon his back. When he’s not performing at shows and events he competes with our vaulting team, the pre-novice team came 3rd at the Scottish championships this year.

Sunny - 15.1hh Arab
Sunny is the baby of the team, he came to us as an unbroken 3 year old companion. He is now vaulting and trick riding and can’t wait to be part of the action at shows and events in the 2012 season. He has a very strong loveable character and thinks he’s more human than horse.

Rocky - 16.1hh TBxID
Rocky is the old man of the team who is now semi-retired at 27 years old. Rocky can turn his hoof to everything; he loves to perform and hates being left out. Rocky has had much success as a vaulting horse and has competed throughout Britain.

George - 12hh Welsh Sec A
Every team has to have a cheeky little pony and George is ours. He maybe small but he has lots of attitude! He loves learning new tricks and looks after some of the younger members of our team.

Drino - 15.2hh Spanish P.R.E Stallion
Drino is our new boy, he's settling in nicely in his new home with Riders of the Storm. He doesn't mind the scottish weather, which is suprising since he has come from Spain. Drino loves to trick ride and show off all his tricks, he can even sit down beside Kirsty!

Kirsty McWilliam
Kirsty is the founder of riders of the storm. Kirsty started her equestrian career at the age of ten, when she was introduced to the sport of Equestrian Vaulting (gymnastics on horseback). Kirsty was quick to learn her new skill and was selected for the Scottish team. During this time Kirsty competed regularly throughout Europe and was in the first British vaulting team to win at an international competition. After 18 months in England working for one of Europe’s largest stunt teams, Kirsty returned home to her roots, firstly training horses and then starting her own vaulting group and stunt team. Kirsty and her team now perform regularly at shows and events throughout Britain.

Amanda, Suzie, Beth, Scott, Louise and Sarah
Our performers are all unique and have their own styles. Each of them bring a different aspect to the team; showing the grace and elegance of vaulting or the skill and excitement of trick riding through their dare devil flips and hangs off the horses at speed.

Find out more about our latest events and upcoming shows.

Read reviews, testimonials and view photos of our shows.

Find out more about the riders of the storm team - horses and performers. 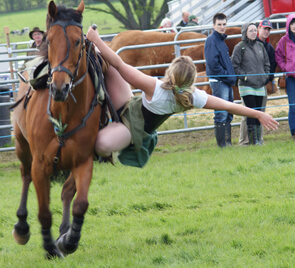 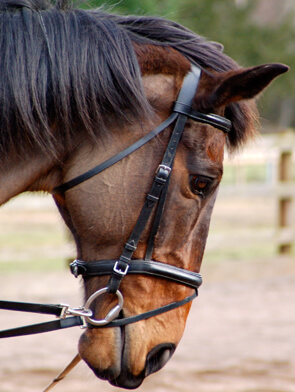 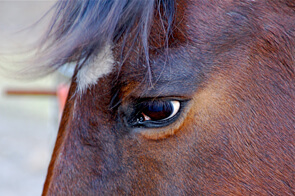 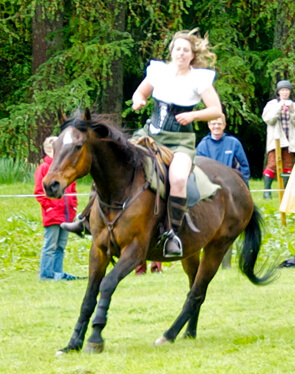 "Wow! What a fantastic display! Loved every minute..."